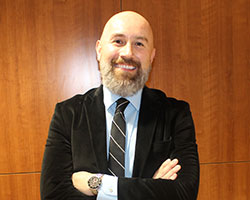 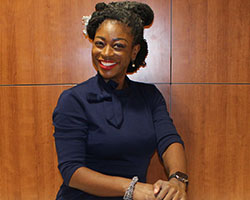 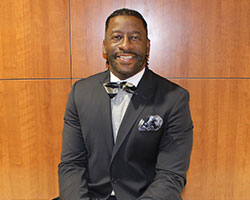 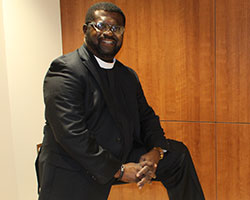 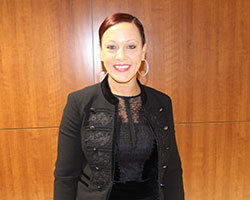 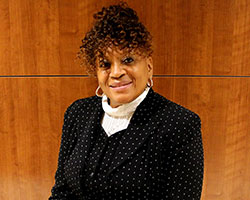 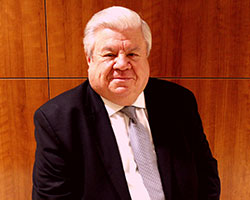 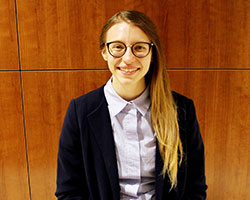 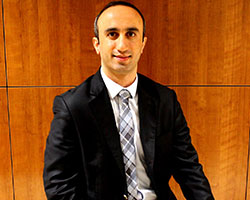 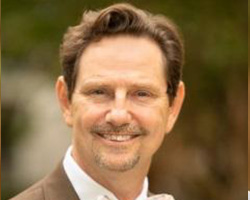 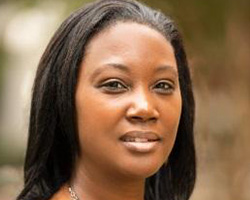 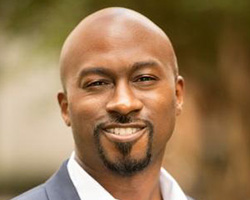 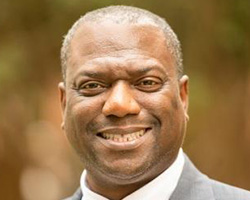 About: Windell Gill is an ordained Baptist pastor and a native of Houston Texas. He earned his Graduate Diploma in Theology from Southwestern Baptist Theological Seminary, Fort Worth, TX in 1996 followed by Master of Divinity with Biblical Languages from the same institution in 1998. He later pursued a Master of Science in Education at the University of Houston-Clear Lake, TX in 2005. He has also earned a Doctor of Education degree from Lamar University in Beaumont, TX. 2014 He brings with him a rich experience of a senior pastor to a local church congregation for several years, also volunteered chaplain with La Porte Police department among other trainings that is valuable for chaplain residency training.

About: Detoma Dawson is an Itinerate Elder with the African Methodist Episcopal Church denomination for more than 19 years. She earned her Master of Arts in Counseling at Prairie View A&M University in 2011, a Master of Divinity at Howard University in 2001 and Bachelor of Arts in Psychology from University of Texas at San Antonio in 1997. Detoma has served as a spiritual care counselor at both Reid Temple AME church and Glendale Massachusetts, a Crisis care counselor at Prince George Hospital, Cheverly, Maryland and also taught in the Aldine and Houston Independent school districts for over 15 years. Detoma is currently shifting her ministry vocation to become a fulltime hospital chaplain.

About: Kory Fontenot is an ordained minister of the Evangelical Free Church of America. He earned his Bachelor of Science in Biology from Morehouse College, Atlanta Georgia in 2007. He later pursued and graduated with Master of Divinity degree from Liberty University Lynchburg Virginia in 2018. Kory has the experience of an instructor at Houston Community College where he taught Curriculum design, Billing and Coding plus various IT courses. He has also coached students especially disadvantage ones at Nolan Junior high, Pearland TX on topics such as Digital photography and leadership development. In the recent years he has served and continues to serve as the Missions Pastor of Harvest Point fellowship Church of Pearland, Texas.

About: Dexter Phillips is a lay Catholic minister who born and partly raised in Trinidad, St Coix, Virgin Island and finally settled in Baytown Texas at an early age. He studied Psychology at San Jacinto College then transferred to University of Houston where he earned his Bachelor of Arts degree in Psychology in 1992. He enrolled at the same institution where he successfully completed his studies in Social work and earning a Master of Social work degree in 1999. He worked as a Social worker/Discharge Planner at the Methodist Hospital Baytown and later as Nursing home administrator for several years. In reshe call of ministry vocation Dexter applied to be accepted into the Master of Arts in Theological studies and later graduated from Houston’s Graduate School of theology. He is currently making vocational transition to become a health chaplain under the direction and guidance and endorsement of the Catholic diocese of Houston, Texas.

About: Mary Ngwazini, is an ordained Non-Denominational minister with Joan Hunter’s ministry. Mary is a native of Louisiana and came to Houston, TX soon after graduating from Grambling State University. She earned her Bachelor degree in Christian Leadership/Biblical Studies at College of Biblical Studies - Houston in 2003 and Master of Arts in Counseling from Houston Graduate School of Theology 2010. She has two years as a Counseling Intern at Houston First Baptist Church in the Juliana Counseling Center. Mary Ngwazini has also worked as an Assistant Pastor and Director of Ministries at First United Methodist Church-Humble. She is now serving as a nursing home volunteer, an inspirational speaker, Class Facilitator, Usher and Board Member for the Silver Stars Ministry at Living Word Fellowship Church under the leadership of Dr. Paul Canning, Pastor. She brings with her a host of talents incorporated with the vast experience of various Christian organizations.

About: Charles Russell is an ordained minister and has been a member of the United Pentecostal Church his entire life. Charles is a native Houstonian. He earned his Bachelor of Theology degree at Texas Bible College (79) and a Master of Arts in Counseling from Houston Graduate School of Theology (94). He is currently enrolled at Houston Graduate School of Theology and completing his Master of Divinity degree. He is retired from the Houston Police Department (35 years). He is certified with the State of Texas as a Master Peace Officer and a certified Police Instructor. He is a former Board of Director and CEO of the Bridge Over Troubled Waters, a center catering to abused women and children.

About: Annie McGregor Meek is a clergy candidate in the United Methodist Church. Meek is a native Texan with a great appreciation for Arkansas where she grew up. She now calls Houston her home with her husband Ryan. Meek was raised Baptist and is United Methodist by choice, having fallen in love with its mission, grace-filled theology, worship, interfaith appreciation, and people. She graduated with her Bachelor's degree from Hendrix College, a small Methodist liberal arts school, with a degree in Religious Studies. Meek's passion is walking alongside others on their journeys of life and faith in pastoral ministry. Recently, she completed her first year of the Master of Divinity at Garrett-Evangelical Theological Seminary and served as the Pastoral Intern at Deer Park United Methodist Church.

About: Cuneyt Demir was born and raised in Turkey and migrated to the USA two years ago with both his wife and two sons. He is of the Islamic faith tradition having followed the faith since childhood. He completed his Bachelor of Education and Masters in Early Childhood Education in Turkey prior to his immigration into the US of A. Cuneyt's theology journey began early in his adolescence and led him to pursue an Associate Degree in Islamic Studies/Theology followed by a Ph.D. in Islamic studies that were interrupted before completion at the University of Istanbul/Turkey, at the thesis stage. Having migrated to the USA, Cuneyt enrolled in a Master of Theological Studies at Houston Baptist University to date and hopes to graduate in October this year 2020. He is currently endorsed by American Muslim Armed Forces and Veteran Affairs Council. Cuneyt has recently worked as an outreach coordinator in Houston at one of the non-profit foundation organizations and fluent in Turkish Arabic languages.

About: Alejandro is a highly motivated, experienced, Mexican-American Church of Christ minister from Houston. He is highly educated in ministry and other professional fields both here in the U.S. and Latin America. Alejandro holds degrees in Theology, Journalism, Spanish and a M.Div. from Abilene Christian University. He brings with him fluency both in English and Spanish and congregational ministerial experience having served both vulnerable and the privileged in his sixteen years of ministry. He is an adjunct professor at ACU, Pulpit Minister at Bammel Church of Christ and a chaplain at Harris Health System.

About: Dorothea is an academically astute and compassionate African American female minister of the Non-Denominational faith tradition. Her hometown is DeQuincy, Louisiana but she moved to Texas following her father’s job as a Conductor with a railroad company. She has worked and served in various states even overseas on mission trips. She has previously worked as a Physical Therapist while also providing spiritual care to patients when the need arose. She brings with her a heightened self-awareness in the care of others and a passion to serve others. Dorothea has an unquenchable thirst for learning how to provide competent spiritual care and to teach others with similar desires. She chose Harris Health System because of the diversity and inclusion of all people.

About: Ricky is a diligent, welcoming, approachable, African American Elder in the Mississippi Annual Conference of the United Methodist Church. He was originally born in Baton Rouge, but raised in Plaquemine, Louisiana and recently moved from Brandon, Mississippi to Houston, Texas. Ricky is an alumnus of Texas Southern University, McCormick Theological Seminary, and The Interdenominational Theological Center, where he received the Doctor of Ministry degree. Having previously served Methodist churches in Illinois, Texas, and Mississippi, he brings with him a wide experience of ministry in the local congregation setting for many years. He joins the Harris Health System with a passion to serve the marginalized, vulnerable members of Harris County. He is committed to social justice yet attuned to those that may differ with him on certain issues. He expressed his desire to learn about self when faced with anxiety raising encounters with patients and their family. He is also curious about the aspects of cultural humility as an intervention for pastoral care.

About: Rev. Dr. Kelvin Ikwunne Okwonna was born in Nigeria and attended primary and secondary education and also obtained Higher National Diploma in Kaduna Polytechnic. Came to USA in early 80’s and got my bachelors in Business Administration. Masters in Divinity and Doctorate in Religion and International Relations. Ordained as an Anglican Priest in 2018. Presently doing Clinical Pastoral Education (CPE) with Harris Health System.

About: Gisel is a compassionate, caring, devoted Non-Denominational African American minister originally from Lake Charles, Louisiana. She earned her Master of Education degree in Communication Sciences and Disorders from Southern University, Baton Rouge, Louisiana, in 2003. She is a Certified Speech-Language Pathologist with Certificate of Clinical Competence. She later pursued and graduated with a Master of Divinity degree from Houston Graduate School of Theology in 2021 magna cum laude. Gisel brings with her immense experience and knowledge in Speech Pathology caring for those with Speech and Language delays. She is also a coach and mentor, helping others experience a fully alive life on mission with God. Gisel's inclusive approach to caring for all people attracted her to Harris Health System's clinical pastoral education program. During her interview, she expressed the desire to weave her work and experience in Speech Pathology with Theology and care of the hospitalized patient population.

Don't see a job for you?

Don't see the role for you? We really appreciate your interest in Harris Health. Even if you don't see a current role for you we would like to stay connected. We invite you to check our open positions regularly and to submit a profile on our Talent Community to be considered for future opportunities.